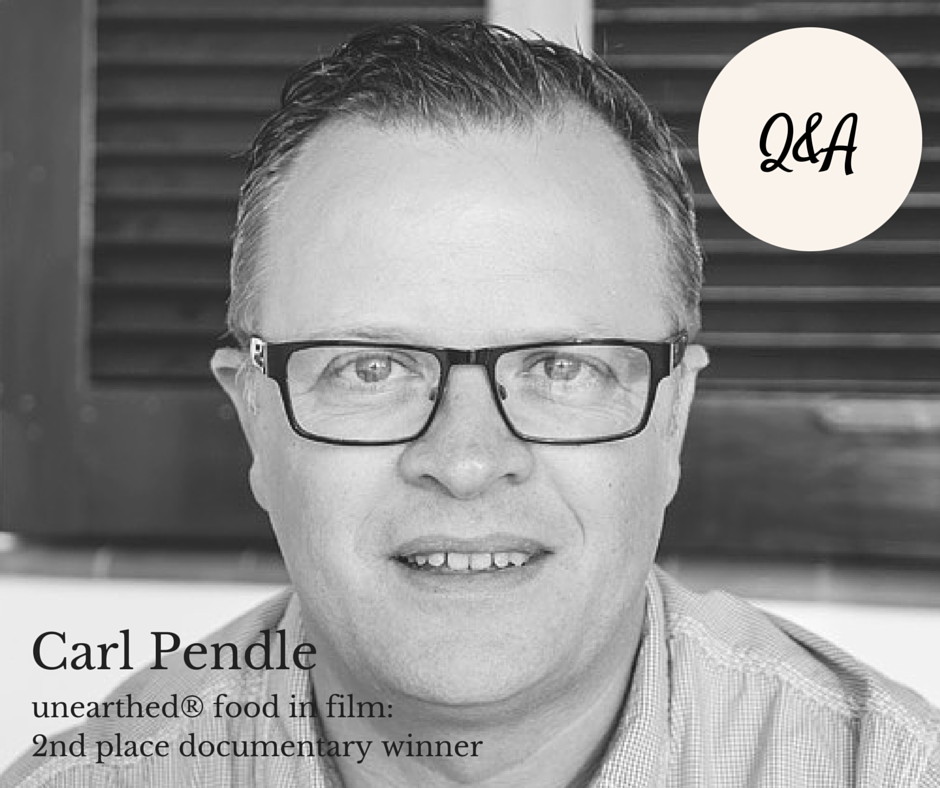 Carl Pendle, film-maker and photographer was our 2nd place documentary finalist of the unearthed® food in film – a category of the Pink Lady® Food Photographer of the Year. Also a 2014 finalist, his film ‘The Food and People of Marrakech’ came about from his interest in viewfinder photography. He took some time out to tell us about his film and why a good story is the key to a great film.

Tell us a bit about yourself
I’ve been a food and lifestyle photographer for 20 or so years now. I went to university in America and studied photography as part of my degree but I’m mostly self-taught

When did you first start making films
About 7 years ago when the Canon 5D Mark II came out.

Is film your main job or a hobby?
It’s now my main job

What was your inspiration for ‘The Food and People of Marrakech’
I’ve always been into TTV (through the viewfinder photography) and this is just a natural progression from that by filming instead of photos. I wanted a way to combine film photography with digital and this combines both very well.

How long did the film take to make?
In total it took me 3 days and I was a one-man crew!

What was the hardest/most difficult thing about making the film?
Filming in Marrakech is not an easy place to film or take photos. It has many great photo opportunities but people don’t like their photo taken over there.

What gadget can you not do without when you’re filming?
A monopod. It is an under-used tool that can really help.

My top three tips for making a great (foodie) film: Find a good story, don’t rely on the equipment to help you make a good story and listen to what people say when they talk to you

Where did you hear about the unearthed® food in film competition
I’ve been entering since the awards began in 2013 – with both photographs and then in 2014 with film (Carl’s ‘Mushroom Foraging’ film won 3rd place in last years Documentary category).

And now for some foodies questions!

What’s your favourite dish
I have a sweet tooth so it’s a tough one, either lemon meringue pie or mango sticky rice.

What’s your most memorable meal
Grilled sardines on a Spainish beach straight out off the boat.

Where in the world would you most like to eat
Japan. I love sushi.