Lifting the lid on foodism 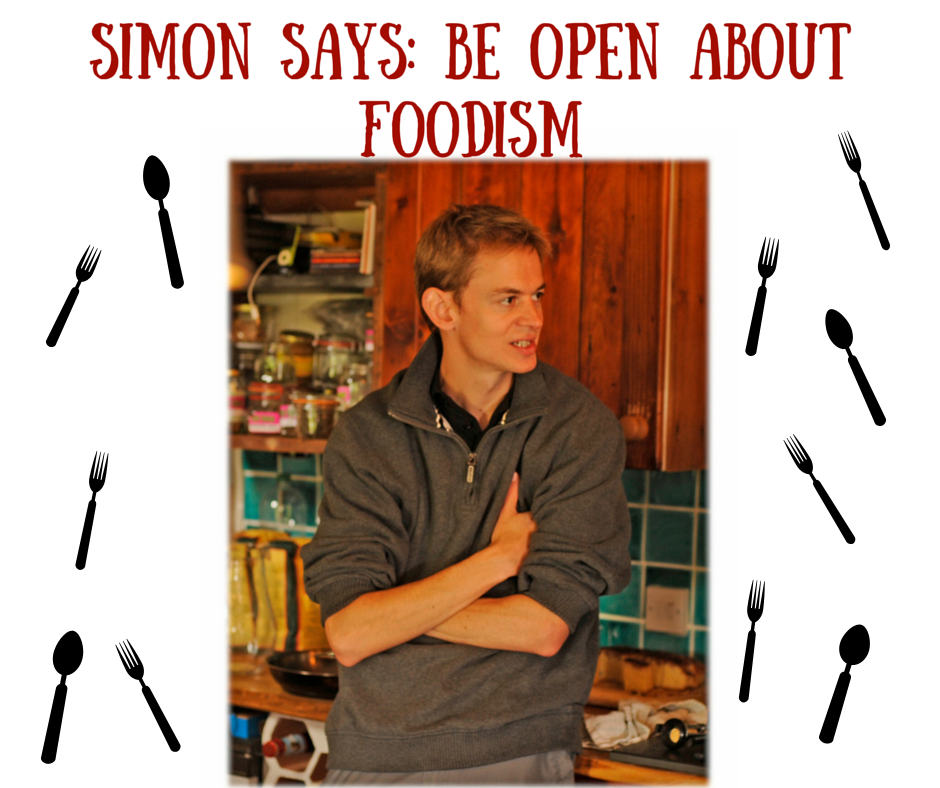 Foodism is a little understood condition. It can dominate lives and lead to financial ruin but until 2007 it had never been diagnosed. I know because that very first diagnosis in a small Bristol clinic, three doors down from an excellent Lebanese restaurant, was me.

I first knew I had a problem at the age of 7, on holiday with my parents in Greece. I became sullen when tahini was not available and overly pink taramasalata made me photosensitive. Whole days passed when I was barely able to open my eyes resulting in severe bruising to my shins. I could become aggressive when moustachioed waiters refused to serve me Frappé because I was too young to be drinking coffee. I realise now that I was demonstrating many of the common symptoms of foodism, but back then it was a confusing time for me and for my parents.

Before the diagnosis things had reached a real low.

Back home in Somerset my condition didn’t improve. I would wait until my parents were asleep and then sneak down the stairs to crack the lid of a new jar of caperberries and eat, guiltily at first, then without control. My parents knew this was going on but were at a loss as to how to deal with it. I have found out since that they spoke to many other parents at the village school about it and were told to “try giving him alphabites”, “stick to soup” or “what is tahini?”. They just didn’t understand.

Fast forward 10 years and I was to be found in India, unclipping my lunchtime tiffin box. Every day a different selection, each layer of the metal tower a new culinary experience waiting to be discovered. My travelling years were a happy time for me but it couldn’t last forever.

Before the diagnosis things had reached a real low. My Wagyu habit had bankrupted me and in order to bring some money in I had become involved in an illegal high-strength tahini smuggling gang. Knowing that it was the condition that was behind my behaviour and being given some clear methods to cope with it started the positive change in my life. I decided that it was time for me to take control….

I was frequently insulted and ostracised for my habit of requesting a mint tea as the last drink of the night and literally no-one would cook stifado for me.

People with Foodism will understand me when I say that feeling misunderstood is one of the most crippling results of the condition. I was frequently insulted and ostracised for my habit of requesting a mint tea as the last drink of the night and literally no-one would cook stifado for me. We’ve come a long way since then and I’m sure this would not happen today, but we still have strides to make and that is why I have decided to make my Foodism public.

The year after my diagnosis, at the hands of the wonderful psychologist Dr Pasmethasalt, in 2008 I founded the food brand unearthed® principally as a coping mechanism for my Foodism. My thinking was that endlessly launching incredibly obscure foods would help improve my life in two important ways. It would give me a limitless source of strange foods and it would allow me to mix with others living with the condition.

If you’d like to know more about Foodism, how to live with the condition or how to support those living with it, please contact me directly on Twitter @unearthedsimon.
thanks for reading, Simon