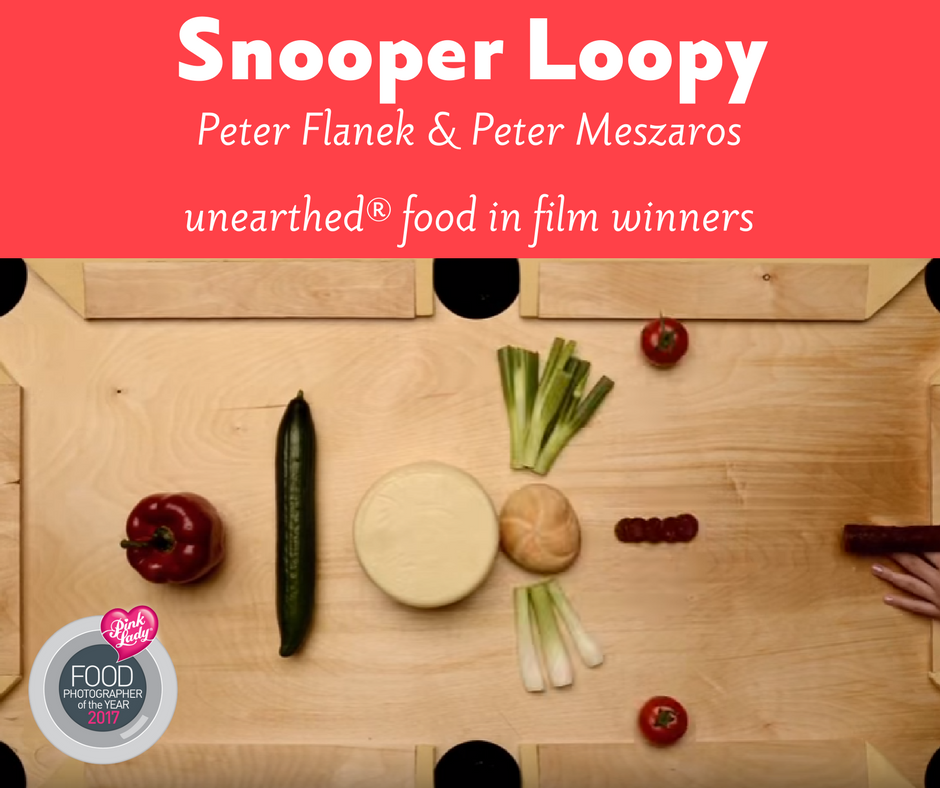 The winners of unearthed® Food in Film, a category of Pink Lady® Food Photographer of the Year 2017 were announced at a packed reception at the Mall Galleries, London, as Peter Flanket and Peter Meszaros (Hungary) for their brilliant animation Snooker Loopy

We’ve not had an animation win the award since 2014 so we’re delighted to see this brilliant and creative short film, by the Hungarian film-makers, scoop the title.

“The competition was intensely fierce,” says Simon, “there were entries from across the world and the standard was phenomenal. This film about a game of snooker played with food, stood out from the rest, however, for its highly characterful wit and originality.”  Not only do they carry the prestigious title unearthed® Food in Film winner 2017, they also walk away with £1,000.

This was definitely the year of the animation as the People’s Choice Award was also a delicious animation, by Barbara Zonzin – who was previously on the shortlist in 2015

The evening was compered by chair of the judges, journalist and food critic, Jay Rayner, and took place in front of more than 400 guests at the Champagne Taittinger reception, many of whom had flown in from across the world to be there.  Pink Lady® Food Photographer of the Year is the world’s leading celebration of the art of food photography and film. In its sixth year, almost 40,000 entries have been submitted since its inception.

If you’d like to see all the  yourself of the shortlisted films please see the playlist below:

We’ll be catching up with the Peters very soon, to find out more about their film-making, their reaction to the win and what future projects they have in store.