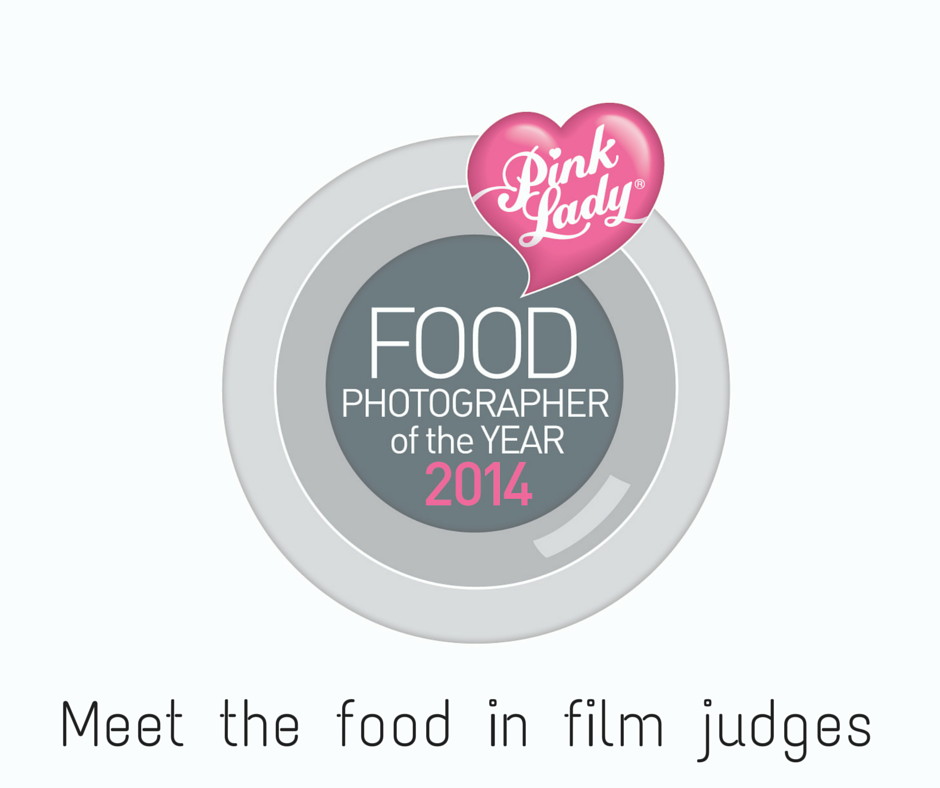 It’s just a couple of days until the entries close on the categories for the Pink Lady® Food Photographer of the Year award. We’re really excited about a new category – ‘foodinfilm’ which we’re sponsoring. We love everything to do with food and secretly harbour dreams of being foodie film-makers. However until we can realise our dreams we’ll sponsor you to make some screen magic!

So just to whet your appetite here are the lovely people who will be judging your entries. For all of you aspiring film-makers this is a great opportunity to get your work seen by some prestigious industry experts.

For all of you aspiring film-makers this is a great opportunity to get your work seen by some prestigious industry experts.

Helen Kranstauber – lives sleeps, breathes and eats food and so judging our entries is going to be a breeze. She loves working with food and projects that contribute to knowledge about food and sustainability, but also raising awareness, perception and social change. For those dedicated film makers she also appreciated forms and creativity. She has been the Creative Director for the Amsterdam Film Festival for the last 3 years. Follow Helen on Twitter –

Toby Hoare – amongst other things – is the CEO of JWT –the world’s best-known marketing communications brand. In his role Toby works with a small team to oversee the strategy for the region – not an easy task given the changing economic climate in Europe! JWT has helped build numerous famous brands including OXO, Mr Kipling, Kit Kat, Hovis and Pataks. He is also Chairman of Geometry and Governor of Harrow. Follow Toby on Twitter –

Pat Llewellyn is a very busy lady. She’s a British television producer and current Managing Director of the television production company, Optomen. She is most well-known for creating celebrity chefs such as Jennifer Paterson and Clarissa Dickson Wright (Two Fat Ladies) and Jamie Oliver (The Naked Chef). More recently she has worked on Heston’s Feast and Ramsay’s Kitchen Nightmares – both award-winning programmes.

All the judges will be perusing your videos in early February, then getting together to choose the winner in late March. Shortly after that we’ll be publishing a taster show reel so that you can see who has been shortlisted for each of the three ‘foodinfilm’ categories.

We look forward to seeing what you send us. It’s not too late to enter your foodinfilm – the deadline is 31st January – so visit the Pink Lady® Food Photographer of the Year 2014 site for more details.